Healthcare devices leap at CES 2016; how many will land on their feet? 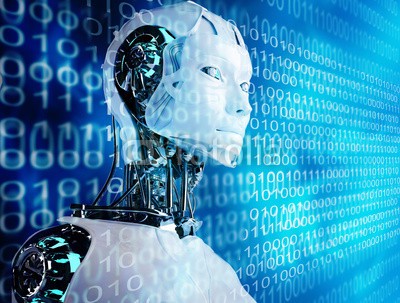 The Consumer Electronics Show (CES) 2016 is underway this week and it’s no surprise that health and fitness devices are making waves. From wearables and smart toothbrushes to pulse oximetry monitors and hemoglobin trackers, consumers appear to have a lot to look forward to in the coming 18 to 24 months. However, if the Federal Trade Commission (FTC) has anything to say about some of these devices, more obvious challenges such as privacy and hacking might take a back seat to new data requirements.

Just this week, FTC commissioner Julie Brill issued a scathing statement concurring with the FTC Regulation decision against the digital company Lumosity and its claims about its brain training program. These claims, (which ranged from boosting performance of daily tasks and delaying declines in age-related memory to reducing cognitive impairments associated with acute health conditions such as post-traumatic stress and stroke) have been deemed false and unsubstantiated, possibly unfairly raising expectations amongst desperate and unsuspecting consumers. Yet, the case holds a greater ramification for device and app makers that is certain to be a game-changer: the need for rigorous scientific evidence to support or substantiate marketing efforts. Take away the medical lingo and this translates to a key thing that appears to be missing in a lot of fast-tracked, investor-driven devices — peer-reviewed data.

Players like UnderArmour or FitBit probably don’t have much to worry about, at least not in the current environment. However, while devices that monitor blood pressure or oxygen saturation may fall under the radar at CES, the Lumosity case is a harbinger for Food & Drug Administration (FDA) actions related to both device classification (i.e. associated health risks based on information gleaned) and red flags with the FTC. For example, one product being unveiled this week is Pathway Genomics’ OME. Developed in collaboration with IBM Watson, OME provides diet and exercise guidelines and metabolism information based on genetic traits (derived via a spit test), health habits, and GPS/wearables data. Notably Pathway Genomics has already been on the FDAR radar, having received a warning letter about its CancerIntercept Detect device (an early screening tool for detection of cancer in high-risk populations) last September.

Technology and innovation aside, the consumer would prefer to wait for no one, especially when it comes to health and wellness. Still, buyer (and developer) beware: regulators aren’t going anywhere anytime soon and the fast-paced, competitive arena may be about to be hit with a fast ball when it comes to data requirements.

At ESG, we pride ourselves on keeping it personal, professional and innovative. Wondering why you should start your communications efforts with strategy?